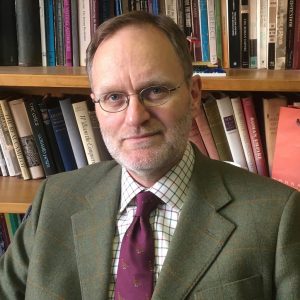 As an internationally recognized authority on ancient Greece, former associate dean and department chair, and winner of Boston University’s highest award for teaching, Loren J. Samons brings 30 years of experience as scholar, administrator and teacher to The American College of Greece. Focusing on Greek history in the fifth century B.C., Professor Samons has published numerous books and articles on Athenian democracy, imperialism, finance, national character and the relationships between these phenomena. His biography Pericles and the Conquest of History appeared in 2016 (Cambridge University Press); among previous works, Samons’ Empire of the Owl: Athenian Imperial Finance (2000), treated aspects of Athens’ political economy in the fifth century B.C. Other publications have treated the relationship between ancient and modern democracy and the works of Herodotus and Thucydides. Samons’ current research focuses on Homer and Athens as well as the historical poetry of C.P. Cavafy, and his scholarship continues to illustrate a firm belief in the relevance of ancient Greek culture and history for contemporary society.

Having earned his doctorate at Brown University, Professor Samons taught at Boston University for more than 25 years before joining ACG as Executive Director of the IHCLA and Vice President for Strategic Initiatives in 2019. In this role, and in his current position of Chief Academic Officer, Professor Samons has helped to implement the college’s strategic plan to utilize education and research for economic and social impact in Greece. The plan’s initiatives include new institutes and centers of excellence designed to foster research, international collaboration, undergraduate and graduate programming, and educational outreach as well as providing policy recommendations aimed at improving Greece’s economy while emphasizing Greece’s important historical and contemporary role as an intellectual and cultural leader.